ACA Board Member, Lisa Sthalekar inducted into the ICC Hall of Fame

The Australian Cricketers’ Association congratulates Lisa Sthalekar on being inducted into the International Cricket Council’s (ICC) Hall of Fame.

“Cricket has given me so much,” Sthalekar told the ACA.

“I look at where it's taken me and the experiences, I've been able to have because of the game and the friendships I’ve made. From my playing career first and foremost and now as a coach, administrator and as a broadcaster, I think it's my it's my duty to give back to the game.”

Last year, Sthalekar rejoined the Australian Cricketers’ Association’s Board after stepping away in 2017 following six years of service

ACA Chief Executive Alistair Nicholson paid tribute to Sthalekar following her induction into the ICC Hall of Fame and congratulated her on behalf of the ACA.

“Lisa’s induction into the ICC Hall of Fame is a great and just recognition of an incredible contribution to the game as a player, coach, broadcaster and Director on the ACA and FICA Boards.

“Lisa is one of the best thinkers of the game I have met and that is combined with a passion for service. Her standing in the game can be seen in how highly regarded she is by both current and past players, teammates and opponents alike.

“One of the highlights in my time as CEO was last year when I had the opportunity to present Lisa with the Kerry Packer Award, the ACA’s highest honour, recognising her remarkable contribution to cricket, which goes well beyond her four World Cups across a 185-game international career.”

Adopted from an Indian orphanage, Sthalekar settled with her new family in Australia and first took up cricket as a nine-year-old. Fourteen years later she made her one-day international debut, taking two wickets. Less than two years on, she struck an unbeaten 120 against England in her maiden Test-match.

The Award provides honorary ACA life membership and is presented to members or non-members who are deemed to have served the Association in an outstanding capacity. 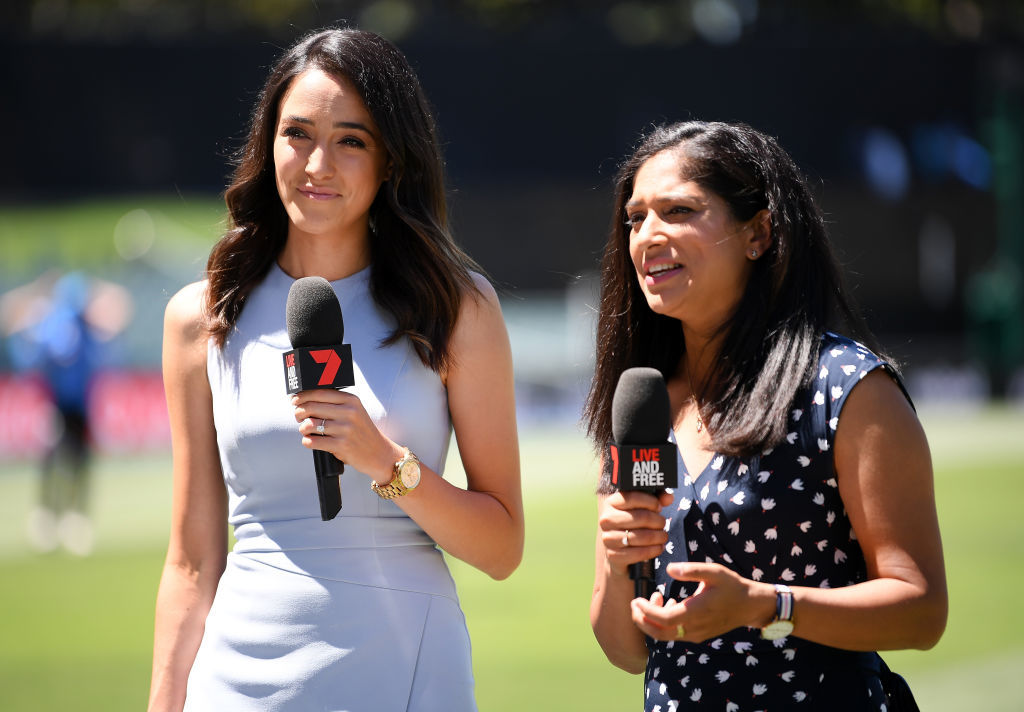 It was just the beginning of what would be a decorated career that would see her became the first women to achieve both 1000 ODI runs and 100 ODI wickets.

Highly regarded as one of the world’s best all-rounders, Sthalekar was an integral member of Australia’s ODI World Cup winning campaigns in 2005 and 2013, and T20I World Cup triumphs in 2010 and 2012.

In 2017, the two-time Belinda Clark Award winner was presented with a New South Wales life membership for services to NSW and Australian Cricket. She was a part of 14 WNCL titles, captaining the Breakers to five of them.

Since retiring from the game, Sthalekar has maintained a presence throughout the Australian summer as a broadcaster with Channel Seven’s cricket coverage.

Sthalekar also acknowledged teammates and mentors closest to her.

“Belinda Clark messaged me before it was announced and I thanked Belinda because she was one of my first skippers in New South Wales and the Australian team and I learned a lot about the game, both on and off the field, from her.

“From an Australian point of view, Belinda Clark, Karen Rolton and Cathryn Fitzpatrick were the three cricketers, I was so please to play with because it wasn't any fun playing against them. I learned a lot from them.

“I am deeply humbled to receive this honour. Never in my wildest dreams did I believe that I would ever get to join such an illustrious group of players.”

Sthalekar is the 27th Australian inducted into the ICC Hall of Fame, and this year was inaugurated alongside Jacques Kallis and Zaheer Abbas.

Premier Cricket Program a springboard for players next stage of career

Past Player Health and Wellbeing Grants to open in September

Giving back to the game: ACA Game Development Program returns for 2020-21