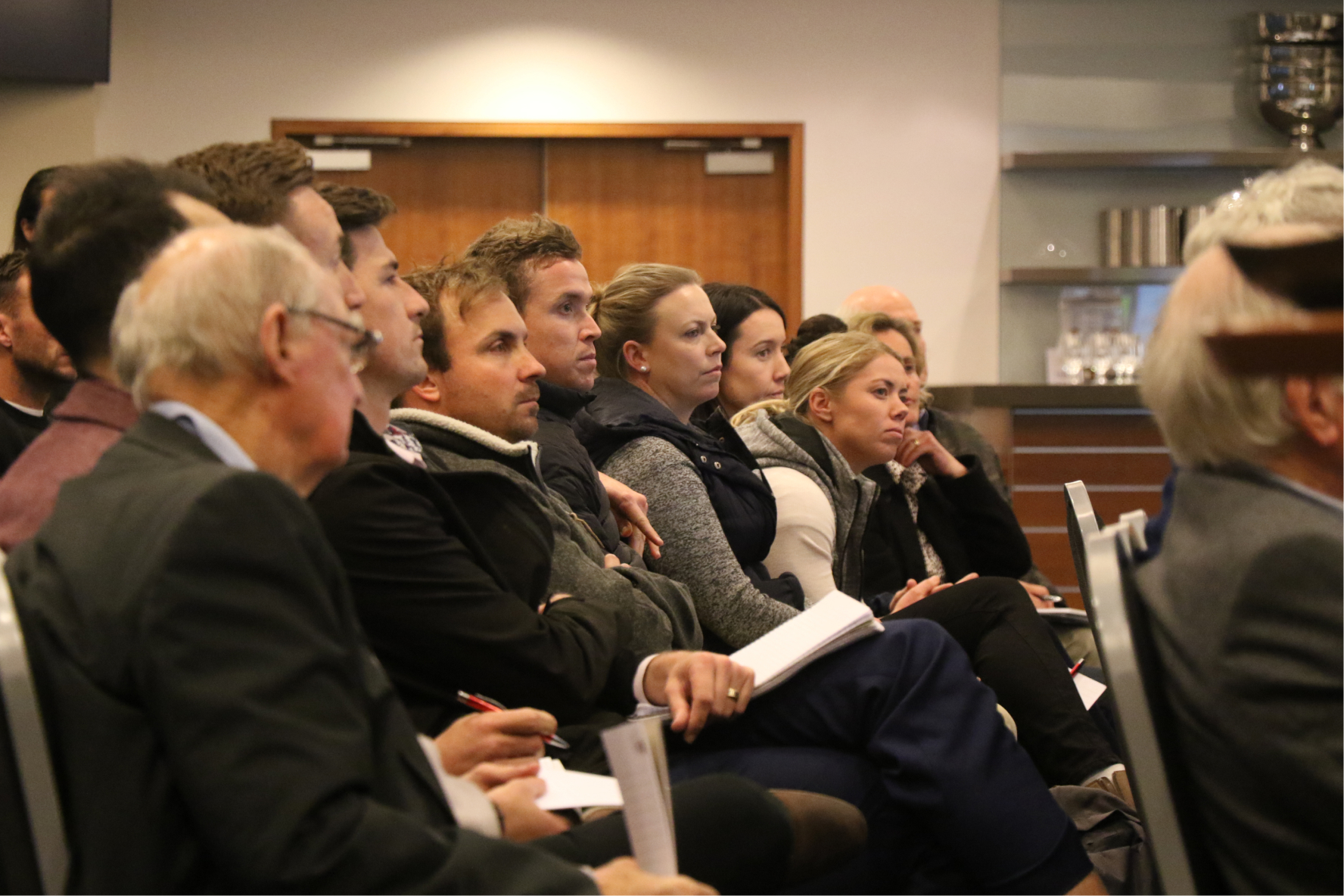 Last week at the SCG the Australian Cricketers’ Association hosted a forum for its NSW and ACT members to discuss and share their views on the issues before Australian cricket.

More than 60 Members attended and discussed grassroots cricket, domestic cricket, the changing media landscape and the evolving partnership between CA and the ACA.

And members of all generations attended including, Len Pascoe, Lauren Ebsary, Brian Booth, Charlotte Anneveld and Steve Rixon as well as ACA rookie players and everyone in between.

With the new Australian Cricket Council soon to meet for the first time, President Greg Dyer said it was important for the ACA to collect and present the views of the players to the Council, the states and Cricket Australia.

“The ACA’s role is to be the voice of the players. At the forum the players expressed their views with a considered and strong voice on how cricket in Australia can be improved,” Dyer said.

“The ideas, insights and views are vital for the continued success of cricket in Australia.

“And with the success of the first forum, we now move to other States to hear from other players from all over Australia.

“I commend the players for their continued enthusiasm for and commitment to improving the sport they love.

“It was also a real pleasure to listen to the players and share a drink to celebrate all of their and the ACA’s achievements." Dyer concluded.

I commend the players for their continued enthusiasm for and commitment to improving the sport they love.

“It was great to see interaction between current and past playing groups combining and putting their thoughts together.

“We value the views of our membership who have been very supportive of our place in Australian Cricket for over 20 years.

“These opportunities are a great platform to seek feedback, share ideas and contribute towards the direction of the ACA and how we can impact the whole-of-game in Australia.

“We have had strong and positive feedback and we intend to continue these forums across the country and engage with all of our member groups.”