The motivation for Australian World Cup and Ashes winning captain, Alex Blackwell’s autobiography Fair Game, aligns closely with one of the calls to action of this year’s International Women’s Day – Break the Bias.

Blackwell was a leader of the team when women’s cricket in Australia was undergoing a significant shift.

“I think a lot of cricketers write books, but most of them are men,” said Blackwell.

“It’s an opportunity for me to document a 15-year career playing for Australia and being apart of significant change and I thought I had a bit of a rare opportunity to be able to document that transition from the amateur to professional era and participating in cricket’s evolution to become more inclusive.

Blackwell says there were some significant challenges playing a sport that was originally built for boys and men before going through an evolution in opening its doors for others.

“For me, I document the story of growing up in a male-dominated sport that has evolved to become much more inclusive. There’s still a lot of work to be done as well, so I guess it was about sharing some insight into how a lack of inclusion can impact some people and maybe sharing some ideas on how this great sport can continue to be open to people from diverse backgrounds,” says Blackwell.

“It is Australia’s favourite sport; I think we are so lucky to have it as a soundtrack to summer and I guess I consider the book as a way of signing off one part of my life as I head into the next that includes not being involved in the game as much and raising a child and making a living outside of the game.”

Fair Game covers the continual rise in professionalism and promotion of the women’s game from Blackwell’s childhood and since she last played for Australia in November 2017. 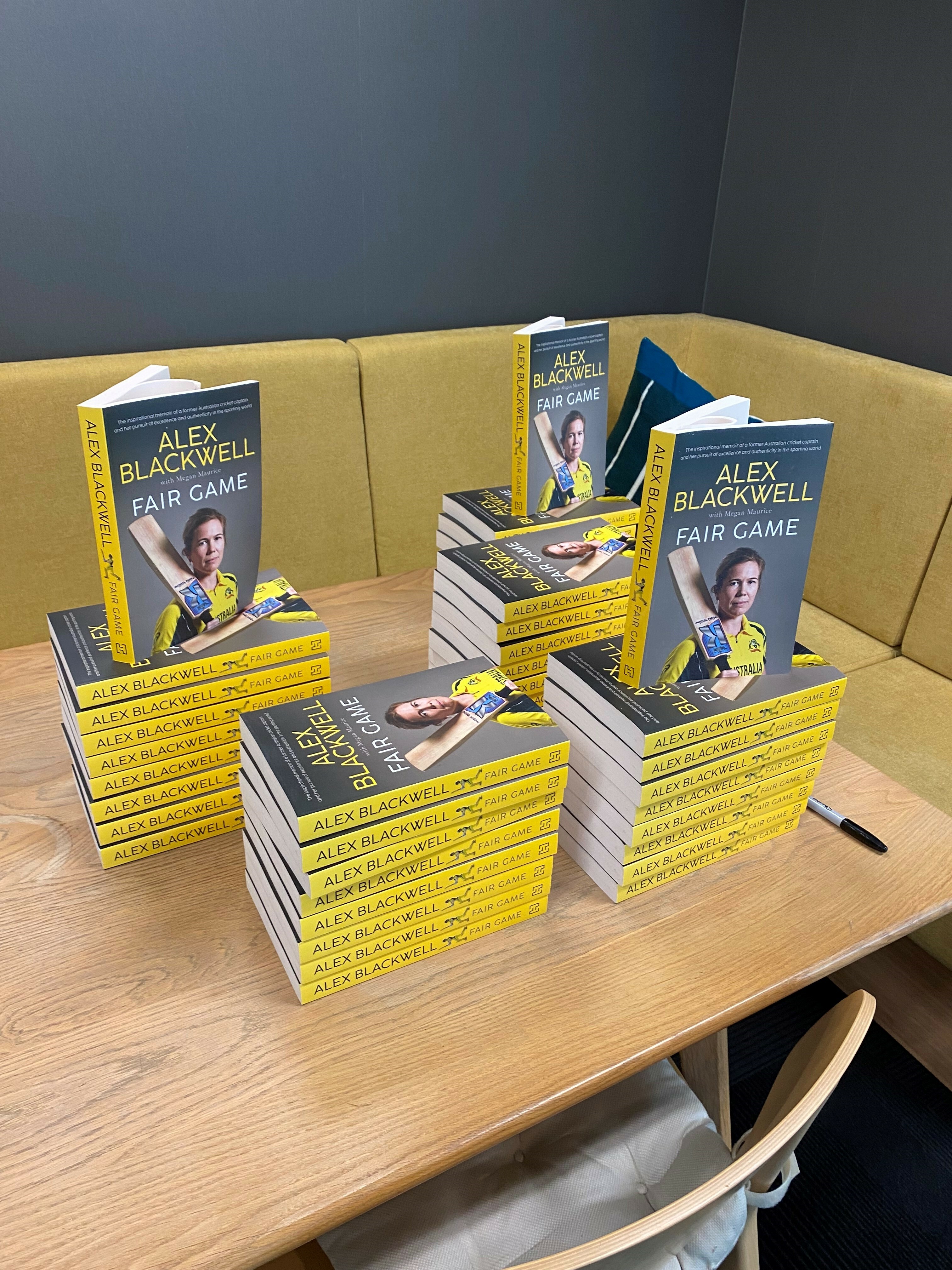 “I think it’s wonderful, I talk about what it was like growing up watching cricket on the TV and idolising the Waugh brothers, being an identical twin myself, Kate and I would play together in the backyard and that was our influence, we didn’t know women played at the highest level.

Blackwell says its great now that young girls and boys grow up now knowing that cricket is for everyone.

“After the Ashes that have just been, young boys might even be idolising Tahlia McGrath and her Yorkers or how she goes about upping the run rate when required.

Blackwell also discusses how the initial breaking of the bias in women’s cricket extended her time in the game and saw her reach her potential later in her career.

“I talk about the charm of being an amateur and how I could’ve left the game before reaching my potential, if there wasn’t any money in the game.

“There was a turning point where I had to choose between my job and cricket and I let my job go, to continue to play cricket because there was enough money to get me by.

Copies of Alex Blackwell’s Fair Game book are available for purchase on the Booktopia website here.

Bosisto and Ross succeeding off the field with Kaplan scholarship