Her book ‘On the Front Foot’, which launched last month, tells the story of how the game of cricket has transformed from 1891 – when the first game of women’s cricket was held within Tasmania’s shores to 2010, shortly before the Tasmanian Roar became the Tasmanian Tigers’ Women’s team as they’re known today.

Triffitt, who is now a sport psychologist, was able to secure some iconic Tasmanian cricketers to feature in the book – namely Kim Fazackerley, the first Tasmanian woman to feature for Australia, the recently retired Kirsten Beams and Veronica Pyke – the state’s current highest cap holder.

Triffitt’s motivation for piecing the book together was two-fold.

“One because there haven’t been too many books on women’s sport that have been written in Australia and also because of wanting to put Tasmanian women’s cricket in the cricket landscape as well because it’s such a fascinating and interesting story and there’s quite a bit of history there which really has had a lot of influence on Australian women’s cricket generally.

Triffitt’s biggest learning is it wasn’t just women who were passionate on seeing the sport rise in Tasmania. 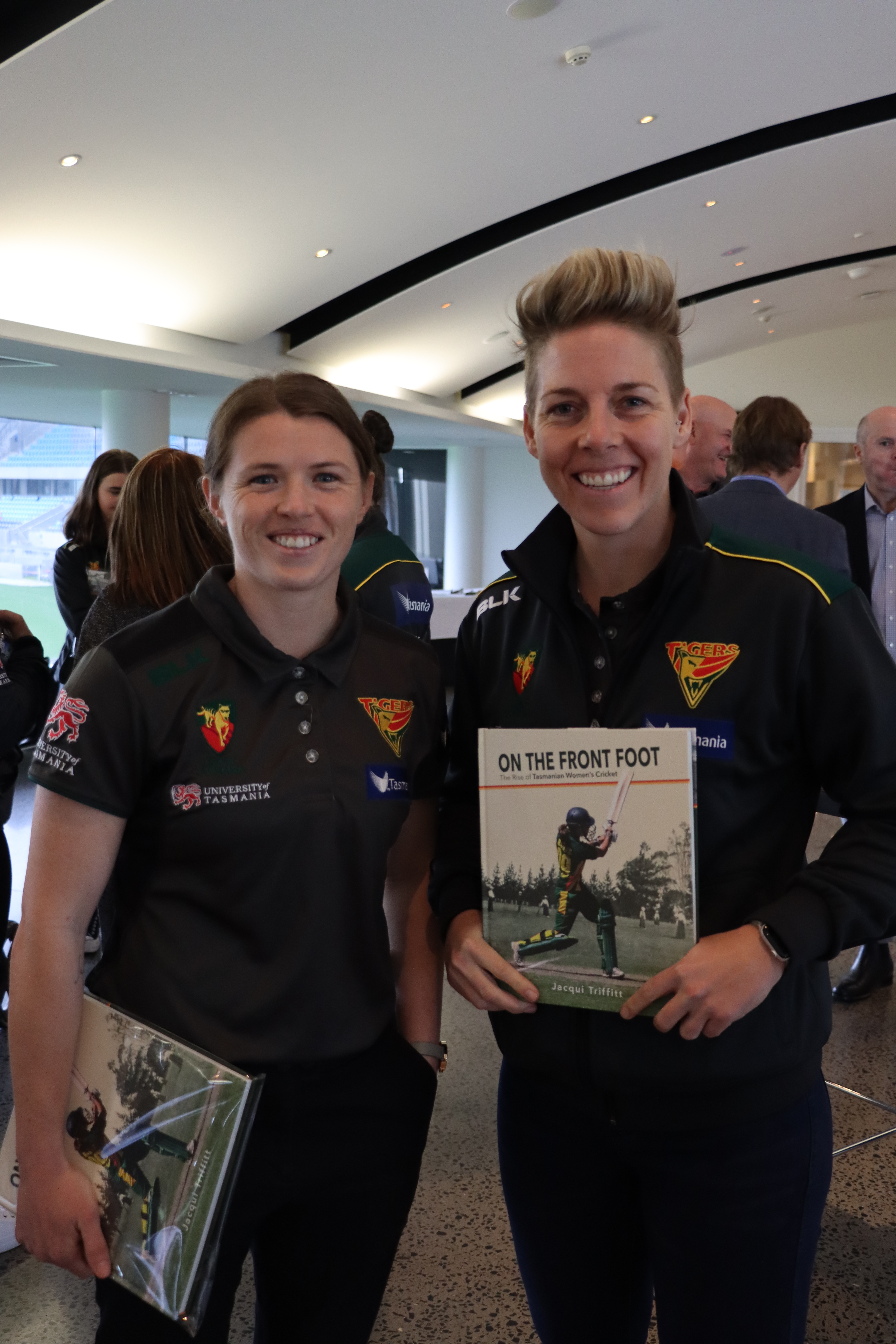 “I learnt how passionate the women were but the men behind those women, too, who put their hand up to volunteer with coaching and administrating.”

Since 2010, cricket for women in Tasmania has grown further to become a fully professional program which Triffitt says has brought about even more change and growth.

“I suppose the biggest change now is that Tasmanian women can play cricket as a career, of course with that there’s a lot more financial support and support with equipment along with strength and conditioning and psychology. It’s really provided a strong pathway for lots of Tassie girls to not only play for their state but also for Australia.

Those wishing to purchase a signed copy of the book can do so via the ‘Shop’ page of Jacqui’s business website here.

The images in this article were supplied by Cricket Tasmania.