Towards the end of 2019, Tasmania’s Emma Thompson had the opportunity to work with some of our country’s most remote Aboriginal and Torres Strait Islander communities.

For one week, Thompson, a physiotherapist, volunteered her time to visit Indigenous groups across Northeast Arnhem Land in the Northern Territory, providing treatment to locals who could not otherwise access regular health services.

The opportunity arose through the now disbanded SOS Health Foundation, originally founded by physios and health professionals, who wished to use their skills and services to assist remote communities in Australia. For Thompson, it was opportunity she has been looking at for some time, which fortuitously eventuated thanks for a gap in her cricket schedule.

Mikayla Hinkley opens the lens on #HealCountry through her eyes and speaks about her role away from the field, mentoring and inspiring young Aboriginal and Torres Strait Islander People.

“It was the first time I’d ever been exposed to a pure Indigenous community before. I felt quite lucky to be able to get that experience because I know not everyone can and very few do,” she said.

“It was rewarding in a sense that you can provide some health care to a community who otherwise would not get. And I think it was also eye opening to show that there is still a gap in the services that we are providing these communities to actually be as effective as we can be. 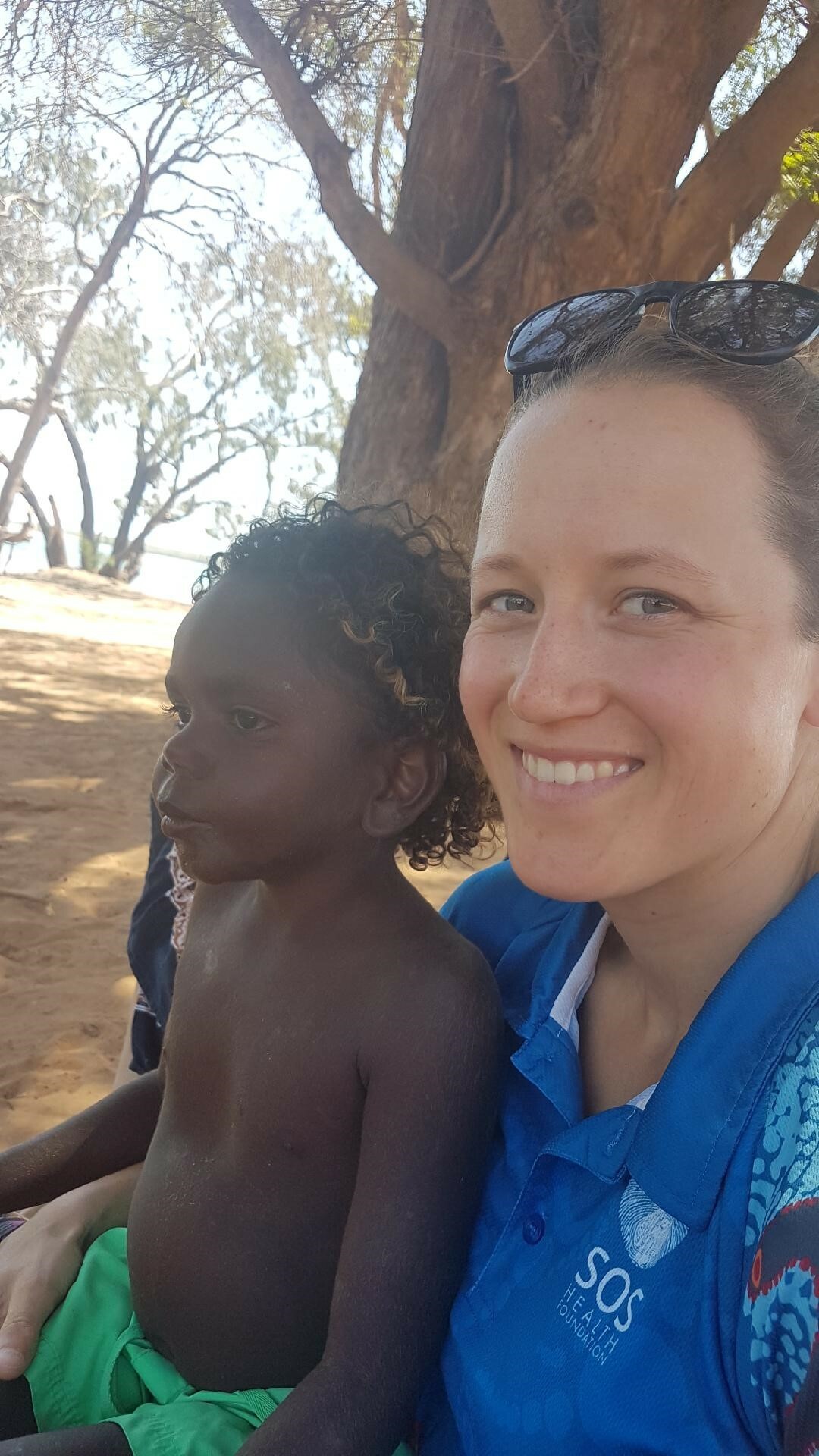 Northeast Arnhem Land is an Aboriginal reserve based west of Kakadu, over 1,000km from Darwin. It is home to the Yolngu people, one of the largest Indigenous groups in Australia. The area covers about 100,00 square kilometres.

Thompson was based out of the Gove Peninsula, and her days were met with five our roundtrips across tough terrain, sometimes travelling beyond 200 kilometres, to places such as Yilpara and Gangan. Treatment ranged from basic physiotherapy to general and aches and pains, which provided challenges navigating through language and cultural barriers.

With 12-months paid leave & a guaranteed contract extension, she says Australian cricket's world-leading Parental Leave Policy has given her the peace of mind to plan for the future.

“A couple of things were a bit more specific and different to what you’d find in a clinic in Hobart. Not so much the injury, but how you were going to manage it.

“I had one fella who came in who had rolled his ankle out hunting. He was going to be involved in a funeral service later in the week and needed to be doing their ceremonial dancing, which was a lot of foot stomping. He was going to be partaking in the ceremony regardless, so it was just about how we could best manage that.

“From a healthcare perspective, it really highlighted to me that there’s so much depth of culture that we don’t know as non-Indigenous people and how that impacts what they access. For me it was healthcare, but it may on the outside look like its them not wanting it, but its more about us not understanding all those little bits and pieces and how it impacts on them.”

Working so closely with the Indigenous community and seeing some traditional celebrations and ceremonies, Thompson says the opportunity has driven her to understand more about First Nations People and culture.

Last season’s First Nations Festival of Cricket, provided players with the opportunity to learn more about Indigenous cultures, led by Ash Gardner. The festival coincided with NAIDOC Week, which was pushed back to November because of COVID-19. Players shared in traditional smoking ceremonies, barefoot circles, while a number of teams donned Indigenous-style playing kits.

“We had a fair bit of that when we stayed in the Big Bash Hub last year, where there was a lot of work done around education and the Black Lives Matter movement.

“We had some stuff being driven by Ash Gardner and various other faces within that space. Anytime you get something that becomes a talking point in this space, it provides another opportunity for you to look into it a little bit further.

“You've then got some knowledge that in turn can spur on another conversation with someone else. It just keeps that conversation going for people.”