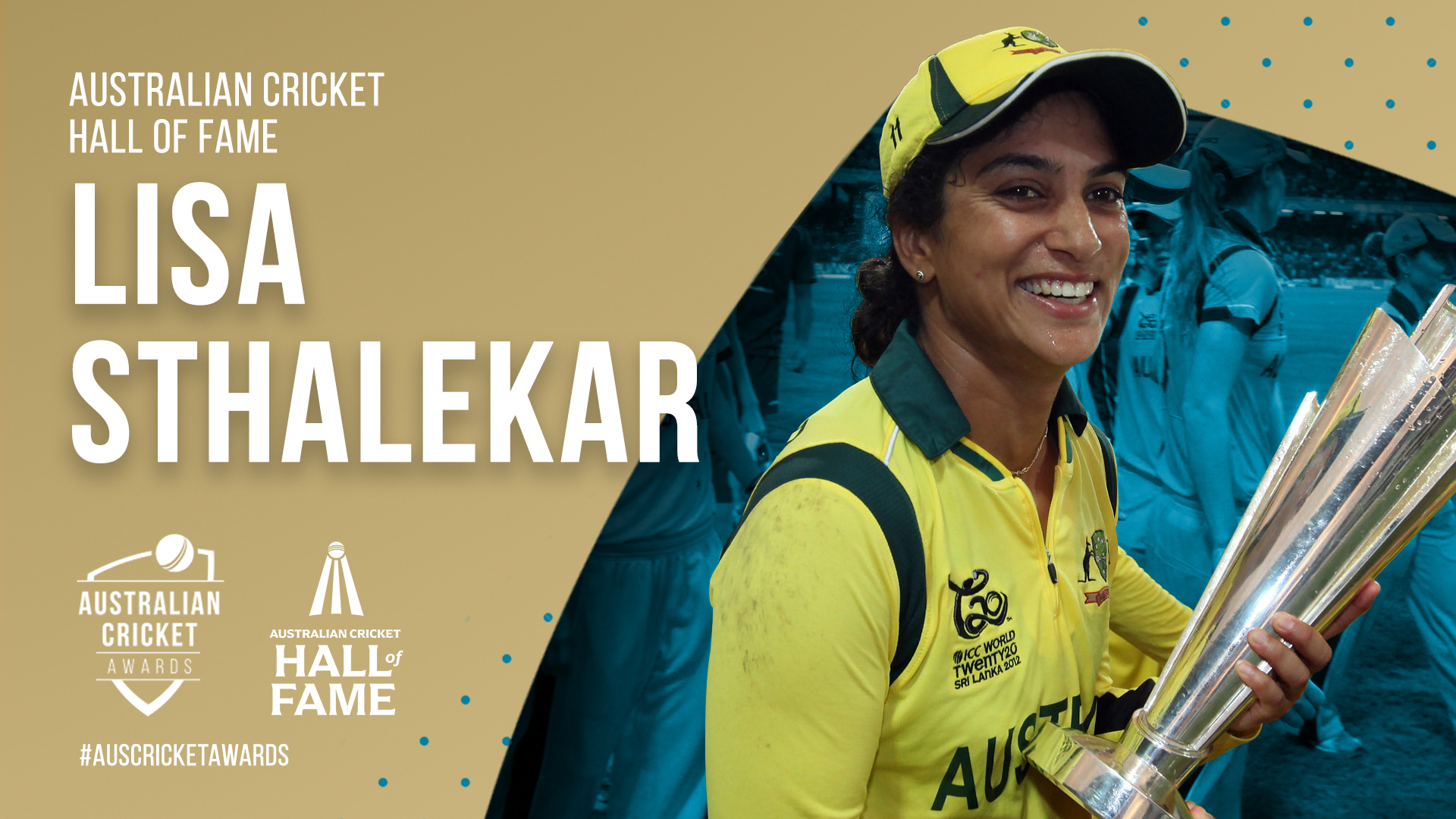 Former Australian captain and one of the world’s elite spin-bowling all-rounders, Lisa Sthalekar, has been inducted into the Australian Cricket Hall of Fame.

Sthalekar was a member of four Australian World Cup-winning teams across the ODI and T20 formats and captained Australia in three ODIs against New Zealand in 2006. She was named Women’s International Cricketer of the Year in 2007, and was awarded the Belinda Clark Medal – recognising Australia’s best women’s international cricketer – in 2007 and 2008. In August 2020, she became the 27th Australian to be inducted into the ICC Cricket Hall of Fame.

Since retiring from the game after the 2013 World Cup win in Mumbai, Sthalekar has been a strong advocate for the increased professionalism of the women’s game through serving on the board of the Australian Cricketers’ Association (ACA) and as a director with the Federation of International Cricketers’ Associations (FICA).

Her involvement in cricket also extends through to her work as a leading broadcast commentator in some of the game’s pre-eminent competitions, including the KFC BBL and rebel WBBL, along with the Indian Premier League.

“Lisa Sthlalekar comfortably sits at the table of Women’s cricket trailblazers alongside Belinda Clark, Karen Rolton and Melanie Jones, and the Australian Cricket Hall of Fame is delighted to welcome her as the latest inductee," he said.

“As the Australian Women’s Cricket Team conquers all before them, it has been Lisa’s passion and skill as a cricketer and her courage and determination in her post-cricket career, that has driven elite standards of professionalism in the Women’s game.

“She left the sport as a four-time World Cup winner and a plethora of personal accolades, but has continued to advocate and champion the Women’s game as an administrator, commentator and ambassador.

Lisa Sthalekar has been honoured with the ACA’s Kerry Packer Award for 2019. The Award provides honorary ACA life membership and is presented to members or non-members who are deemed to have served the Association in an outstanding capacity. 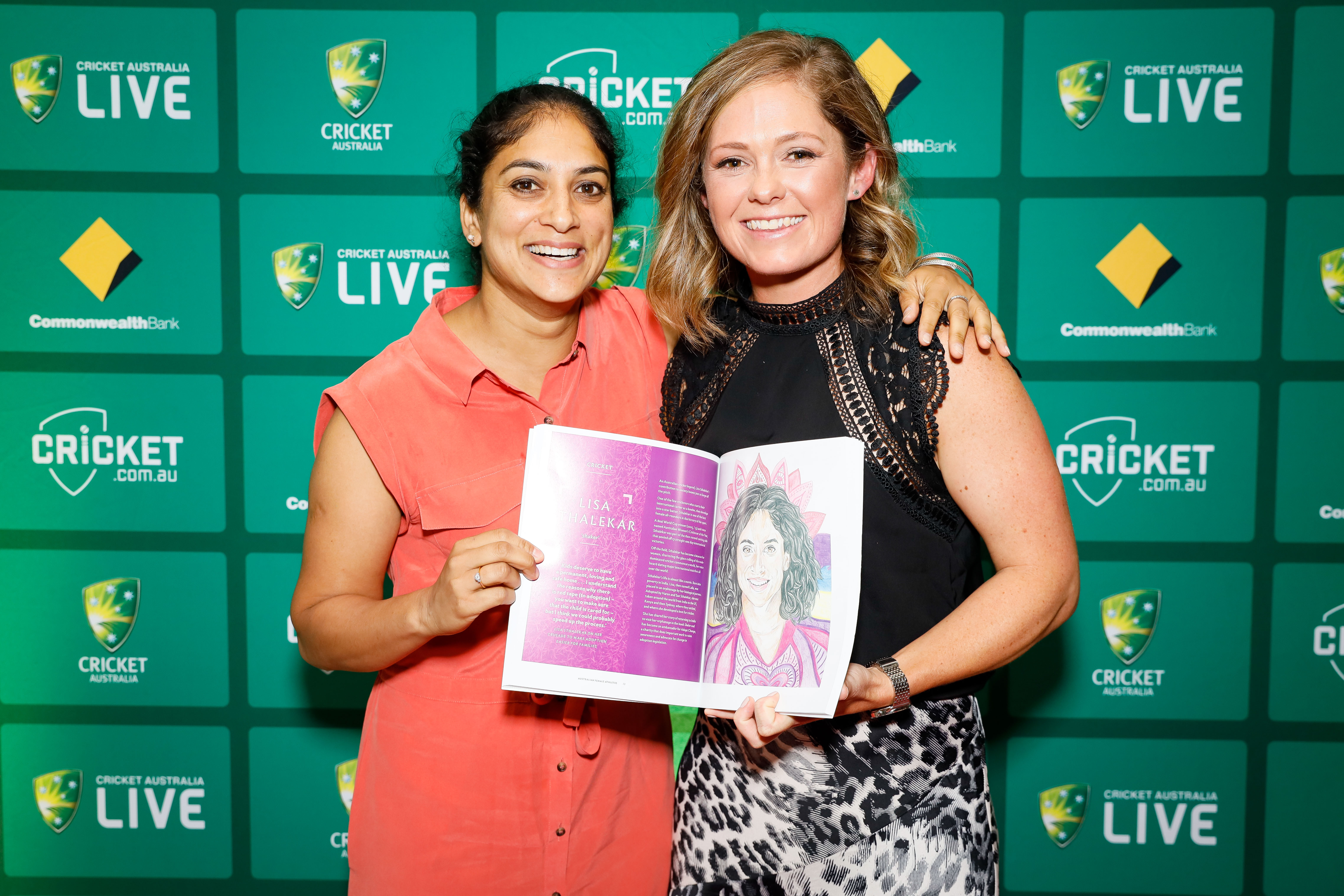 “Lisa is a very worthy inductee into the Australian Cricket Hall of Fame," she said.

“On the field, her stats with both bat and ball speak for themselves. She was one of the fiercest competitors going around, but always managed to do it with a smile on her face.

“Off the field, she has been every bit as impressive, using her voice and influence to breakthrough barriers and advance the women’s game from the grassroots through to the professional level. Young girls playing cricket today have a path to playing the game professionally thanks to people like Lisa who have helped pave the way,” Smith said.

“Lisa thoroughly deserves to be inducted in the Australian Cricket Hall of Fame. She now rightfully sits among the absolute elite cricketers of the women’s game, joining Belinda Clark, Cathryn Fitzpatrick, Betty Wilson and Karen Rolton as members of both the Australian and ICC Cricket Halls of Fame," she said.

“I was fortunate enough to play with Lisa and witness her develop as an outstanding all-rounder in all three formats of cricket. Since retiring, Lisa has been a commentating mainstay around the world and not only continues to play an important role in building the profile of the women’s cricket but more importantly is a strong voice across both the men’s and women’s game.

“This induction is fantastic recognition of Lisa’s hard work and on behalf of Cricket Australia, I want to congratulate Lisa for her incredible contribution to the game on and off the field," Jones said. ​