This year’s Awards are being conducted virtually this year due to various biosecurity protocols and current fixturing, with the awards set to run on the Seven Network and Foxtel at 7pm on Saturday 6 February ahead of the KFC BBL Final. 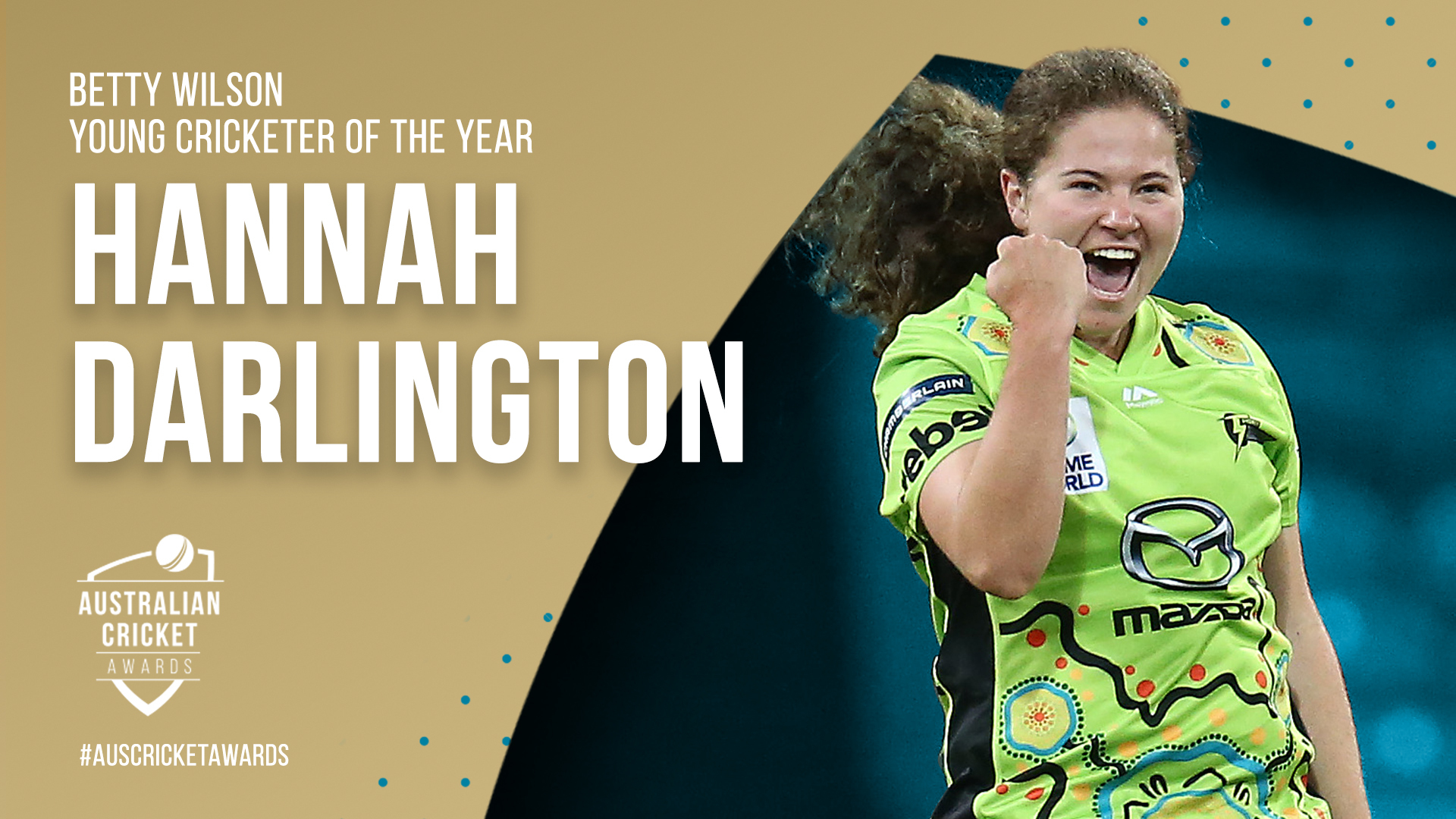 Nineteen-year-old Hannah Darlington has crowned a memorable second season in the Rebel Women’s Big Bash League by being voted by her peers as the Betty Wilson Young Cricketer of the Year.

Darlington, who sat her Higher School Certificate English exam on the morning she made her KFC WBBL debut in last year’s opening game of the season, continued to make her presence felt in elite company, taking 22 wickets at just 16.3 runs per wicket with outstanding economy rate of 5.37.

Darlington said it was an honour and an achievement to be presented the Betty Wilson Young Cricketer Award.

“I look at some of the players who won this award previously and some of the nominees this year, and it’s a nice feeling to know players are recognising the performances that are put out on the field,” she said.

“It’s a really nice feeling to know, not only your teammates who see the work you do day in day out is getting recognised, but also from afar by your peers who are able to see the work you put on the field and the character you bring to the game, so a peer voted award is ranked highly.”

Darlington said she believes the domestic competitions in Australia are the best in the world and that the calibre of players playing and coming through is amazing.

“It’s an amazing commitment by the players, Cricket Australia and the ACA to be giving us the opportunity to be able to play the games we want to play because we are willing and able to be out there playing as many games as we can.” 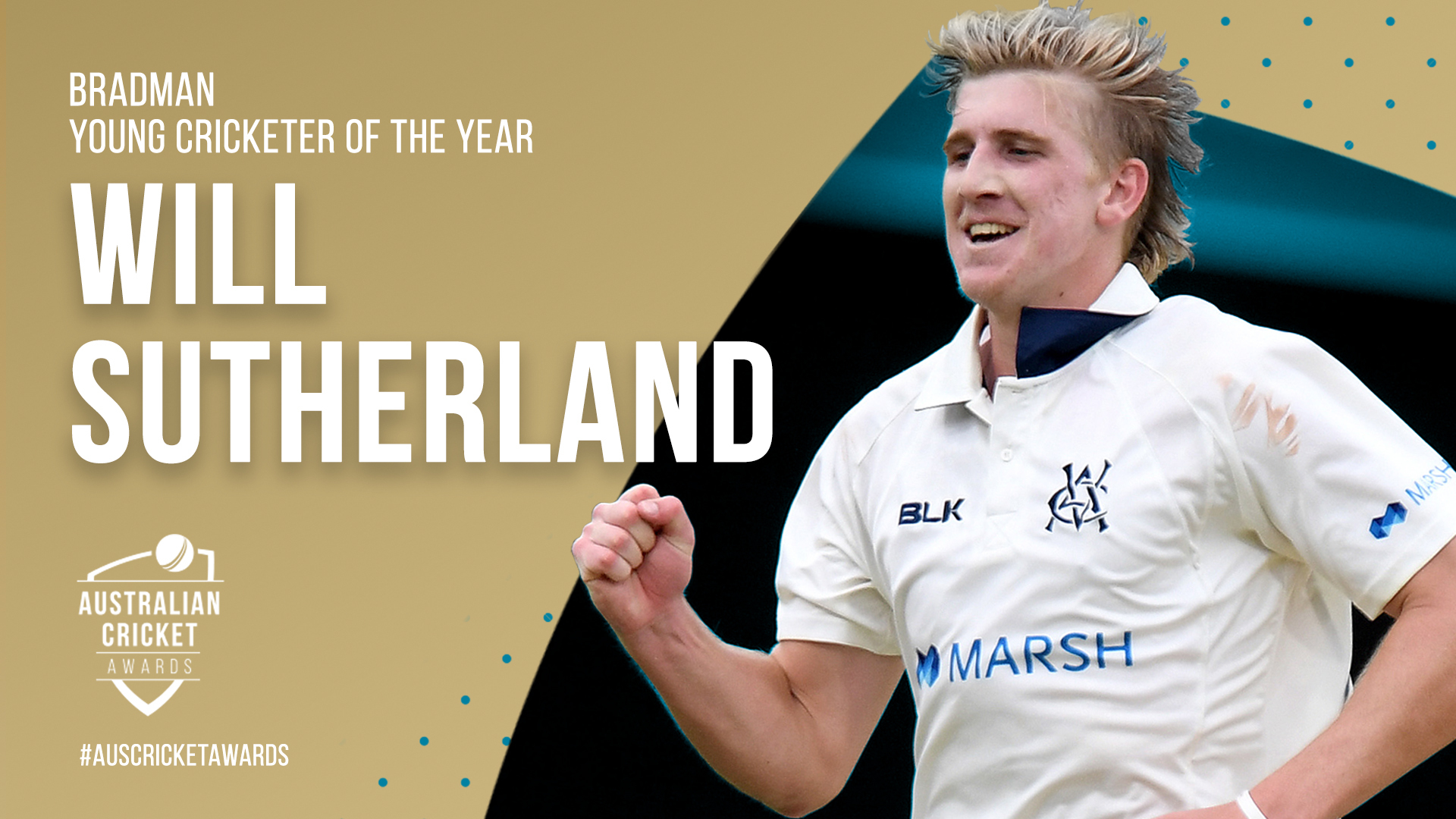 Will Sutherland, Bradman Young Cricketer of the Year

Victorian all-rounder Will Sutherland has been voted by his peers as the 2021 Bradman Young Cricketer of the Year.

During the voting period, the strong-hitting all-rounder provided some handy runs down the order, but wit was largely with the ball that he shone, taking 26 wickets at 24.15, including 6/67 against South Australia in March last year.

Sutherland says the Award was a big honour that he felt privileged to receive.

“They are strong competitions we have been playing in in the Sheffield Shield and Big Bash with a lot of good young cricketers coming through, so to get that recognition is pretty exciting for me at this point of my career, he said.

“I think it’s always a bit extra special every time you win a player-voted award. To get recognition from senior players and the Australian cricket competition, it’s pretty awesome and means a lot to me. So, a big thanks to all the players who voted for me.

“We were really lucky to be playing and doing what our jobs are with the pandemic going on and obviously a few players had to sacrifice a bit. I’d like to pay a big thanks to Cricket Australia and the ACA for all the work that they were able to do to make sure we were able to play in those competitions at that time.” 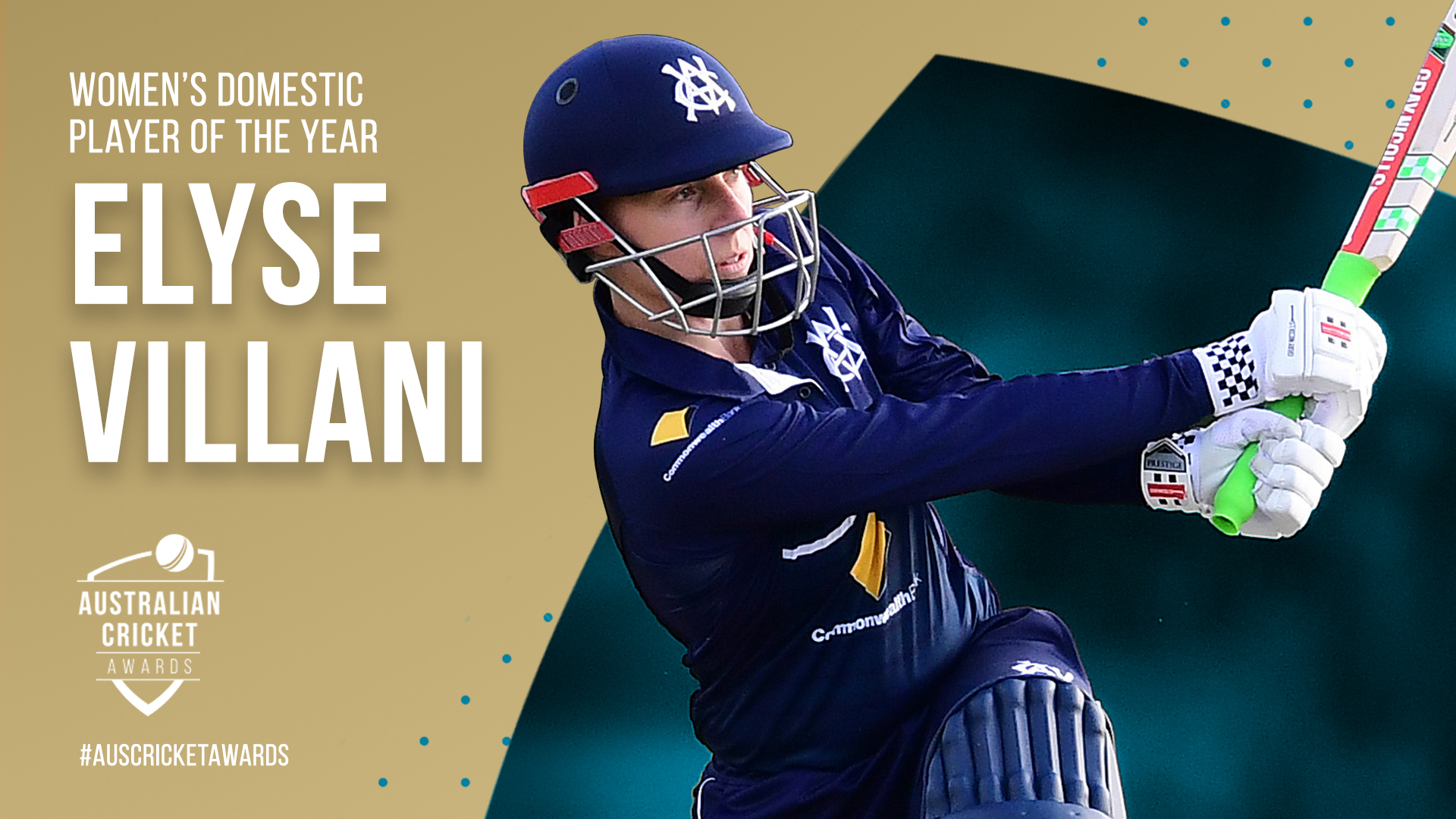 Clean-hitting Victorian top-order bat, Elyse Villani, has been voted by her peers as this year’s Female Domestic Player of the Year.

A highly respected foe, and much-loved teammate, Villani made 602 runs across 19 innings in the KFC WBBL and WNCL at an average of 35.41, including four half-centuries, including a 99, all at a strike-rate of 97.25.

The veteran of many successful Australian champion teams, Villani said she has a huge amount of respect and admiration for the domestic players, the best cricketers around Australia.

“To be voted by them is a huge honour and something I don’t really take lightly. When my career does come to an end one day, I know I’m going to look back on it really fondly because it’s such a huge honour to be thought of by all the girls.

“Player voted awards are so special because it really highlights the respect that players have for one another and I know that’s something the girls really value.

“I really credit the players for their commitment and flexibility in getting a full domestic season ahead, which is something we can all be extremely proud of. Also, we are really thankful to Cricket Australia and the ACA for having the support to be able to do so. Although it was really challenging, we are really fortunate enough to be in this position.” 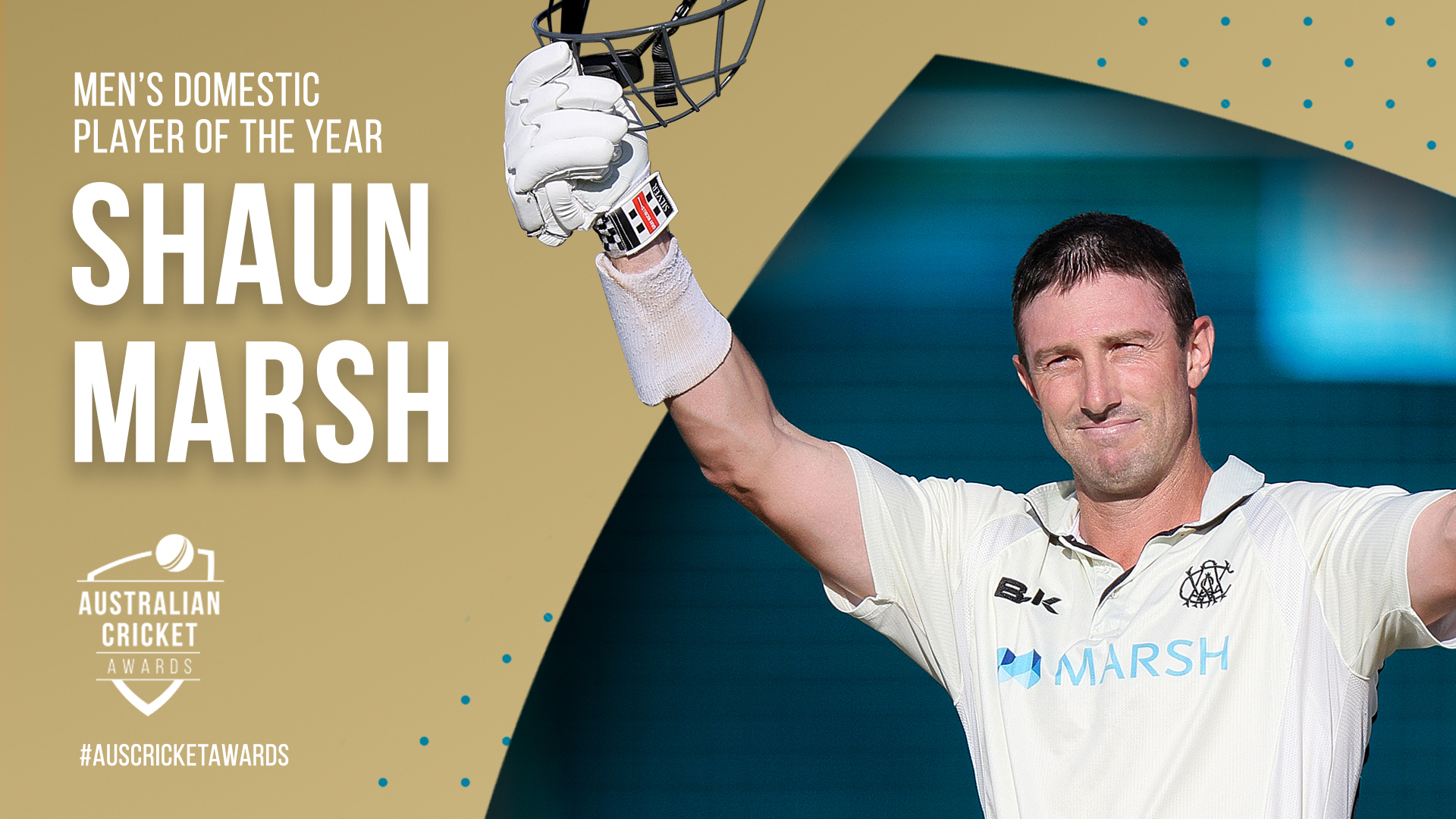 Western Australian veteran left-hander, Shaun Marsh has been voted by his peers as the Male Domestic Player of the Year Award for the second year running.

Marsh was the only player to score more than 1,000 runs across the Marsh Sheffield Shield, Marsh Cup and KFC BBL during the voting period, with 1,058 runs at 46.00, including five 50s and three 100s.

Marsh said that the players placed an enormous value on the domestic game and this was reflected in their commitment and flexibility to get the game going through the impacts of Covid-19.

"This season is obviously a little bit different to what we're used to. But for the sake of getting our season up and running and playing cricket, it's a very small price to pay,” he said.

“We're really fortunate that we're getting an opportunity to play as much cricket as we can this summer. We're very thankful to the ACA and Cricket Australia for the opportunity.”